Relationship surveys ask for general opinions and look to the future: What do you like? What should we do?

Transaction surveys ask for feedback on actions the member took: What did you like? How did we do?

Read on to learn more about the two, their differences, and how best to use them.

What Relationship and Transaction Surveys Measure

The relationship survey asks what kind of cuisine your friend prefers. The transaction survey asks how good the food/service at the restaurant was.

A member poll is a good example of a relationship survey. This makes them well-suited for testing product ideas, A/B testing, or measuring breakdowns of various demographics.

For example, you might ask, “which do you prefer? A) Drive-up, B) In branch.”

The results will tell you how your members feel about a topic. You can act on that insight by, say, improving your drive-up option… or eliminating it altogether.

Sometimes you may want to take a more general approach to your relationship survey, such as with a member satisfaction poll.

But don’t get too carried away with broad polling and general metrics!

Because the primary value of tracking your member satisfaction is in measuring against yourself, historically. That is, let’s say last year, your credit union scored a 50 NPS. This year, if you score a 55, you’ll know that you’re on the right path—you’re improving services and it’s paying off.

If you score a 45, then it’s time to look into what you might be doing wrong…

Relationship surveys can’t always pinpoint your successes or shortcomings, though. That’s where transaction surveys come in.

Transaction surveys measure specifics well. They can be about very specific member interactions with products, such as using your credit card or mobile app. They could also be about other interactions, like branch visits or loan applications.

Usually, transaction surveys ask members, “How did we do? What was this specific experience?”

Transaction surveys can pinpoint exactly where you’re doing well—and where you need work. This makes them particularly good for journey mapping and process improvement. (You can even use them to determine if your staff are cross selling your other services… With LiveSurvey, you can see who your rock stars are… and who needs a little encouragement!)

Often, transaction surveys use standard metrics as well. The NPS score is common. However, the Customer/Member Effort Score (CES or MES) is also popular. In fact, you could even get away with a simple “yes or no” to see how people feel about an interaction!

Thus, transaction surveys provide immediate and actionable data for your credit union. If, after rolling out a new feature or product, a business sees their NPS from that transaction decline, they know they need to go back to the drawing board. Time to improve the product and mend their relationship with their members!

A Quick Note on Survey Metrics

There are many standardized metrics out there that help credit unions find out how their members feel about them. These member satisfaction metrics come in a few different flavors.

However, the most popular of those flavors is certainly the Net Promoter Score (NPS). The NPS is a score that ranges from -100 to 100. Positive numbers are favorable reviews, and negative numbers are not.

Most credit unions score between about 30 and 60 for NPS. (However, it’s a notoriously unreliable metric and should be taken with a grain of salt.)

If you want a better idea about how to start a survey program at your credit union, we can help! If you’re going the DIY path, we made it easy:

Our 12-Month Credit Union Survey Roadmap is a month-by-month planner for survey creation. For example, you might start with a benchmark survey, then create an onboarding survey, and then your first transaction survey. Everything you need is right in the survey guide!

If you want a survey platform custom-built for credit unions, look no further. LiveSurvey queries your core to trigger surveys minutes after a transaction is completed. Answers update in real-time on a visual dashboard. Schedule your demo today!

David Deckelmann
Previous Post
Credit Union Journey Mapping: What It Is and Why It’s Important
Next Post
Texts vs. Emails: SMS Survey Alerts for Credit Unions 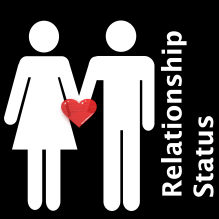